It all started so innocently, as most of them usually do, though this one was unusual, because it involved my often less-than-innocent Scottish ancestors. 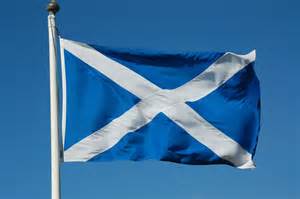 I needed a four-letter crossword solution for ‘sea’, starting with M. Five minutes later, working sideways, I had ‘mere’? 😕 Quick Archon, to the dictionary. I soon found that the Scots, through a mouthful of oatmeal porridge, had turned the French word ‘mer’ into ‘mere.’

Through my Scottish heritage, I knew that there was a small Southern-Ontario town named Combermere, and one back in the UK. The word ‘comber’ has two pronunciations. There is the usual English Coe-mrr, which is a person or device which combs. Also, a large, long wave, which can strip (comb) things off a beach as it crashes ashore, is a comber. Then there is the Scottish Comm-Brrr, which is used for personal and place names. I once heard two women refer to a man, whose name of Comber they’d read but not heard, as Coe-mrr. As a Scot, I knew better. What did those old kilt-wearers mean when they put those two words together? 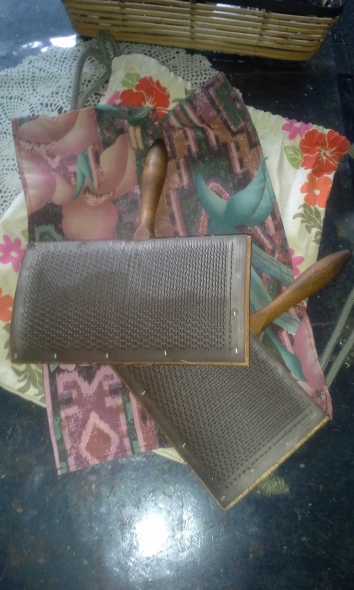 I quickly learned that the mere was no vast sea. It was merely a wee mountain lake – a tarn. The ground around it was too rocky for agriculture, so sheep were raised. However pronounced, the word comber had the same meaning. Once the sheep were sheared, and before the wool was spun to thread and woven into bright Tartans, it was combed (carded), whether by hand, like the hand-carders above, from my Gadgets post, or with a hand-cranked, mechanical device.

The shearing of hundreds of sheep produces a lot of fleece. While the men were busy tending to the now-nude creatures, the women combed, and combed, and combed. Combermere became the name for a pastoral little village which grew up at the lower edge of a Scottish lake, renowned for its yarn and woven cloth.

Don’t look for it there now. Time, and society, and politics changed over the centuries. All that’s left is the Combermere Abbey, in England, near the northern border of Wales. It was named for an Earl of Combermere, which title was given to an Englishman, after James VI of Scotland became James I of England.

If you’re interested in some hand-carded fleece, or hand-spun yarn, or hand-knitted or crocheted apparel, join the daughter, Ladyryl, at her blog, or at http://www.facebook.com/frogpondcollective. She’ll show you how it was done in the Goode Olde Dayes.