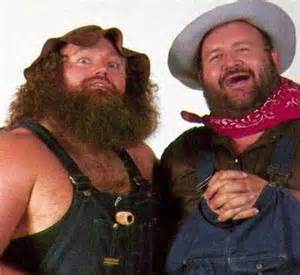 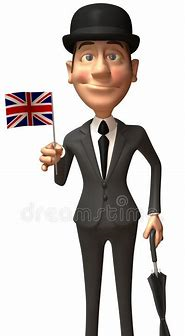 The smartest British archeologist on the Time Team talks like an American redneck. Lost letters, missing punctuation, and strange pronunciations (even for a Brit) litter his speech patterns, which were already set, in up-country Yorkshire, before he got an amazing education.

If he and his trusty trowel happen upon a particularly interesting/significant find, he is apt to burst out with

An exclamation of incredulity or annoyance.

There are some words and phrases which dictionaries just cannot prove the origin of, like “rule of thumb.” That problem interests me, because this one is so new. The British OED claims that it is an American culturalism. Merriam-Webster insists that it is a British phrase. When they can’t fault each other, they blame it on the Australians.

There have been a few attempts to explain the origin of this odd phrase. A croze is the groove at the end of a wooden barrel that holds the end plate in place. It has been suggested that the expression was previously stow (or stove) the croze, that is, break open the barrel. I can find no supporting evidence for that idea though and have to consign it to the realms of folk-etymology. The more prosaic suggestion – that it alludes to the practice of throwing stones at crows – is much more likely.

I’ve found mid-20th century references from England that describe it as an Americanism and American newspaper articles that call it ‘an old English phrase’. The dates of those are more or less right but not the locations – the phrase appears to have originated in Australia. Most of the early citations in print come from down under. It has a sort of Australian twang to it and is in common with several other similar phrases, all with the same meaning: starve the bardies [bardies are grubs], stiffen the crows, spare the crow.

Crows were unwelcome guests at sheep farms as, given the chance, they will kill and eat newborn lambs, so the association with annoyance isn’t hard to see. The link in meaning to surprise isn’t obvious, but then there’s no particular reason to expect to find one. Stoning crows was a commonplace enough activity and calling it up into a phrase could have been done for no reason other than that the person who coined it just liked the sound of it. There are other expressions of surprise or annoyance like I’ll go to the foot of our stairs, strike me pink, I’ll be a monkey’s uncle or if that don’t take the rag off the bush. None Most of these don’t have any sensible literal meaning and stone the crows is another to add to that list.

“Take the rag off the bush” actually dates to before households had laundry dryers, or even outdoor lines to hang it on. Large items like bed sheets or blankets were often draped over shrubs or bushes to dry in the sun and breeze. If a strong-enough gust of wind came along, it could blow the ‘rag’ off the bush, and down the street, into the dust or mud, and it would have to be washed (by hand) all over again.