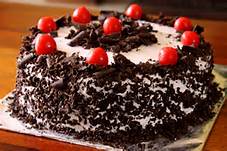 I hope you’ve got a big block of cheese, ‘cause I’ve got a huge jug of whine.

He was as old and hard as the candy I keep on the table.
When she walked into the room, his heart stopped.
He had an ass like Cal Coolidge.
Blow into my hearing aid, she cooed.
Rick’s pants weren’t pleated anymore.
Teeth in, or out?
She caressed the balls of his walker legs.
It was a position called “The Reverse Rocking Chair.”
We watched Wheel of Fortune, and he gave me an ‘O’.
Finally she whispered, “That’s what I call an early bird special!”

Last year, I got accolades from acolytes. I got a party, and partiers, and a poem.  I got followers, fun and frivolity.  I got drunks on my lawn, and kilts, and bagpipes.  This year all I got, was older and grumpier, and I’m already overqualified.

That’s not exactly true. I also got more aches and pains, and less stamina and attention span.  I got the names of several new doctors, and the chance to experience some new medical procedures – oh thrill, oh joy!

Time waits for no man. He’s dragging me, kicking and screaming – well, shuffling and mewling – into the future.  I guess, as long as I can see the green side of the sod, all is well.  I keep checking the obits in the newspaper.  I haven’t seen my picture – yet.  I just came home by bus, from the terminal.  (Don’t say terminal to an old person!)

If any of you want to stop over to mow my lawn, or drop off some birthday cake – I’d happily settle for a cupcake, even without a candle – try not to arrive between 6PM and 7. That’s the time I take my nap, so that I have enough energy to compose another post for tomorrow.

For this birthday, I’ll have another reason to be grumpier than usual. I’ll be living in “interesting” Chinese times.  I will be getting my asshole reamed.  My G.I. guy (gastro-enterologist) has decided that I don’t need to learn to deep-throat.  I don’t have to have an endoscopy.  I don’t know why my G.P. couldn’t figure that out, but on Monday, the day after my birthday, I have to go to hospital for a colonoscopy.

We had the daughter and grandson over for a celebratory meal on Saturday. As soon as they left, I stopped eating solid food.  Sunday is nothing but clear liquids – chicken broth, ginger ale and apple juice – oh, yum.  🙂  Through Sunday, and Monday morning, I have to down four liters/quarts of Drano cleansing liquid, to flush the old pipes out, generally being no more than six feet from a toilet.

If they find anything interesting, perhaps I could post pictures – whenever I can sit at the computer again.  We might even solve the Jimmy Hoffa disappearance.  “You know, that chair felt lumpy when I sat down.”

Since, hopefully, I’ll be feeling no pain, the wife gets to be chauffeur. After they’ve rectum at the hospital, she gets to drag my ass (literally) home.

My next couple of posts may be a bit (more) grouchy, but I’m sure that, after I’ve Alice Cooper-ed the head off a batty Jehovah’s Witness or Paki telemarketer selling duct cleaning, I’ll be safe to approach without the tranquilizer dart gun. Wish me luck.  Here I go, ass first (as usual).