….and that’s Ted.  For some unknown reason, he’s the boss’s favorite.

Scott Adams really makes the Dilbert cartoon seem like authentic office life, but Ted makes Wally appear organized and productive.  He’s a nice enough guy, but don’t ever count on him for anything, no matter what he promises.

Nobody’s ever seen him actually finish a project, and a four-person work team, with him, is really three-person.  His forte is coffee breaks….loonng ones.  Ah, this is your desk.  Welcome to our happy company.  If you have any questions or problems, Tina will help you, or just ask anyone – except Ted.

Yesterday, upon the stair
I met a man who wasn’t there.
He wasn’t there again today.
I wish that man would go away 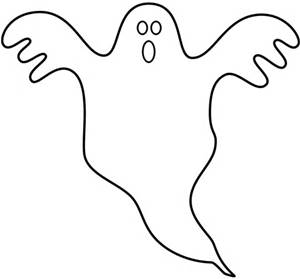 My belief, which I have occasionally stated, is that I am a loner with few friends, because I don’t reach out to make them. My view of the arc of my working life, especially the final 20 years, spent at the auto-parts plant, is a tapestry of – keep my head down, my mouth shut, do the job, don’t make waves, be quiet, small, and unnoticed.  I may have to revisit and re-evaluate that.

Three times, in as many months, I’ve been with the wife in a store, and someone with less seniority, who got laid off before me, someone who hasn’t seen me in over ten years, has recognized and remembered me, and approached, just to pass the time. The last time, a man saw me, and not-quite-jogged across half a Wal-Mart to engage in small talk – no “Remember when you taught me the easy way to do that hard job?” or, “Remember that asshole supervisor?” just….conversation.  I had to insist on continuing our errands after 10 minutes.

When we got home, the wife said, “You know, those people really like and respect you. They’re happy to be in your presence, and proud that you take the time just to talk to them.  It’s as if you emit a soft, warm glow of benediction.”  Who knew you could get friends just by not being an asshole??  Apparently I had ‘likes’ and ‘followers’ even before I had a blog.

Neither she nor I is a Trump, or a Kardashian, but I guess we’re not timid wallflowers either. Our new Osteopath is forever shaking his head and chuckling at our strange humor, our oblique viewpoints, and our widely based social and political opinions.  Plus, I take him strange shit to look at – a sword, a legal two-headed coin, an American 2-dollar bill.  He says he has no other couple anything like us, especially at our age.

The staff at the nearby Staples store is happy, friendly and helpful to us, willing to kid around, as they professionally solve our problems. Of course, as a service industry, they have to be like that with everyone, but with a PC, a laptop, a 7 in. tablet, a 5 in. tablet, two Kobos, a Kindle and a cell phone, they are exposed to us more than I really want.  (As I typed this, the wife’s cordless mouse died.)

We have joked with the female assistant manager for more than ten years. As a good retailer, she knows her customers.  The wife’s last laptop fried its graphics card.  We had to go in and choose another laptop.  We left it with them for formatting and setup – Windows 10 was released that day – and came back later to pick it up.

The wait, both times, at the Electronics Desk, was 10 to 15 minutes. The wife’s arthritis makes just standing quite painful.  Our gal quickly slipped back to the office chairs section, grabbed the expensive new OBUSFORME support model, wheeled it up and slid it under the wife.  Then she realized that the wife wasn’t using the ironwood cane she normally has, and wanted to know why it had been replaced by a forearm crutch.

The wife told her that it takes more weight off her feet; it reminds her not to overextend her right knee, and permits less stumbling. The manageress swooped her arm up, and said, “At the end of the year, can you throw it in the air, and shout ‘Happy Christmas, and God bless us every one’!”?  If the wife hadn’t been sitting down, she’d have been on the floor with me.  The gal says, we’re the only couple she knows who would get that joke – in July – think it was funny, and not be offended by it.

The day we went back, she was on break, so I got the good chair for the wife. When she came out, the wife yelled, “Hey, Sandy!” and pretended to throw the crutch.  We all howled, except the young tech, who didn’t get the joke.  Suddenly she rushed over, solicitously.  Since she hadn’t got the office chair, she was afraid the wife was in a wheelchair.  “Are you all right?  Did you fall?”

I guess, unlike many people, we don’t have flocks of folks we just have to be connected to.  We don’t have BFFs.  They say a friend will help you move.  A good friend will help you move – a body.  I should keep that in mind.   It’s a beautiful day in the neighborhood.  Mister Rogers won’t be in the neighborhood for five to ten years.  Would you be my friend?  😉